A renewed community vision emerges in the seventh week...

Six weeks of collaboration followed by time for rest and reflection in the seventh week, contribute to a renewed community vision.
When I came home and announced to my family that I had been at my new school for seven weeks, they reminded me that seven was a very special number. During my seventh week as principal of St Patrick's school in Murrumbeena, Melbourne, our renewed community vision began to emerge.
During 2014, Lorraine Frances-Rees and I collaborated on an article for the Catholic Education New Zealand magazine, Aoraki. This was in relation to change initiatives that began to evolve as an outcome of my sabbatical after seven years as a principal in New Zealand. It was then that I became enlightened about the number seven from a biblical perspective. Lorraine wrote about God resting on the seventh day in Genesis and the resting of fields every seven years in Leviticus. You can read the article by going to page 11 of this link.

What has emerged in the seventh week at St Patrick's school ?
This is a summary of the visioning journey so far. The link to an earlier post, explains the initial process with staff: Individual culture and context drives the visioning process. 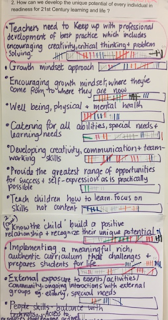 Staff shared their thoughts and ideas in relation to four probe questions linked to the school's existing vision statements and other pertinent documents. Then staff followed the 10/4 voting process. A fifth probe question was later introduced in response to further discussions - If you had a magic wand to transform the school buildings, learning spaces and playground, what would you like to see change ?
Interested parents who joined our newly formed POPE (Parents Open Partners in Education) group also reflected on the probe questions. Members of the Parish Education Board shared their thoughts and ideas too. Students contributed through meetings and surveys.

All of the data was summarised and the outcomes shared with staff. Here is a link to the summary.

During this time, we received the new Catholic Education Melbourne Learning and Teaching Framework, Horizons of Hope. It is a distinctive document, designed to support excellence in teaching and learning within the context of the central vision of Catholic education to carry on the mission of Jesus. I prepared a presentation, incorporating the key messages from Horizons of Hope, to guide staff as they formulate a succinct vision statement and future actions for our community. Here is the presentation. Slide 6 shows the link to Horizons of Hope.

Thanks go to Lorraine Frances-Rees for slides 8,10,11,13 adapted from our presentation at the
Catholic Education Convention, New Zealand, 2015.
You can access the presentation Authentic Catholic Leadership at this link.

Below is a draft vision statement, a contribution from one group of staff as they began to plan actions going forward. This statement links very well with the existing school logo and encompasses the meaning of the five existing vision statements (Slide 7 above). We hope to have one succinct statement, easily articulated by the whole community. The statement could be the one that guides our future plans and actions.
Continual collaboration within a connected community allows a renewed vision to emerge in the seventh week... 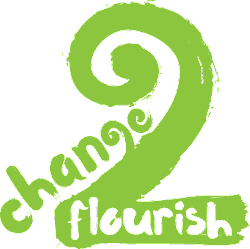 Two incredibly deep and rich experiences in 2019 contributed to the regeneration of a leadership model enabling authentic growth of shared ... 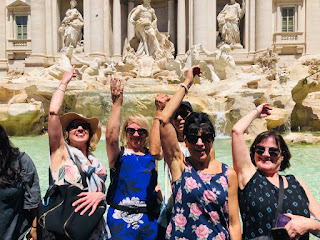